I bought this lovely Nissan Urvan E23 (1983) from a chap who lives alongside where I work, I noticed the van in the his garden some time ago, and then one day when he was in the garden I asked him about it. He planned to do it up and was happy to show me around his van.

It has been sitting there waiting for nearly 6 years for him to fix it up, and he had purchased from someone further north up Bundaberg way. 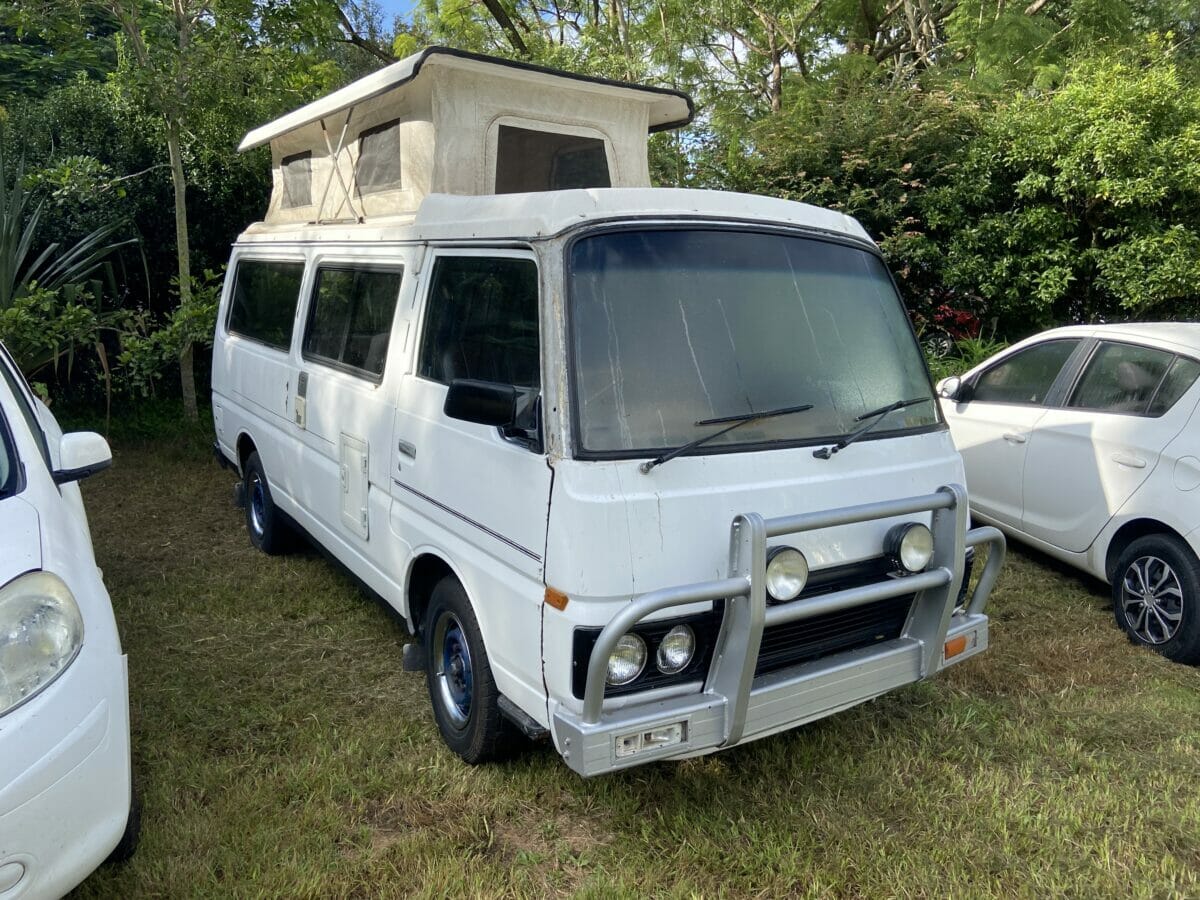 Months later, I greeted him in garden, and noticed the van was missing, so I asked where is van was? In the garage, he was probably going to sell it. A few more question about the price he hoping for, and I agreed to pop in sometime with my son Julian to look at it.

The following weekend we dropped in to see it, and I quickly fell in love with it, no windscreen, no roadworthy, a bit of rust on the corners, but it had a lovely pop top roof for camping, as well as an engine which I understood was in good condition.

He wanted $3000 and suggested that if it was for us and if we would use it, he’d part with it for $1500, I thought this was a fairy fair price for the vehicle and probably below it value.

I checked online, a 1983 Nissan Van was valued at between 1500 – 3500 depending on condition. Without further thought, I bought the vehicle and had Landsborough Windscreen fit a new windscreen and then snuck the van home one dark night.

The old girl sat in the undercover carport for a couple of months, while I considered the best way forward, the road worthy chap had a look at her and was happy that it was in decent condition and would pass once the rust was removed.