You are here: Home / Olive Street / Day One Driving my New BMW F650

So the insurance for the bike was delayed, in an administrative tangle, and I could not use it.

The Jeep battery was dead when we got home late last night from Mothers Day in Illinois, it’s obviously on a different date to Mothers Day else where in the world.

The Jeep’s rear door latch was busy clicking in and out all by itself … and had drained it flat … no ignition lights even. So … it had to be the bike as transport the next day.

So after thirty years of not riding a bike, I had to get the hang of this particular bike (that I had never ridden before, not even once) … get the hang of it … riding it on the way to the office !!!

Not so easy I must confess. 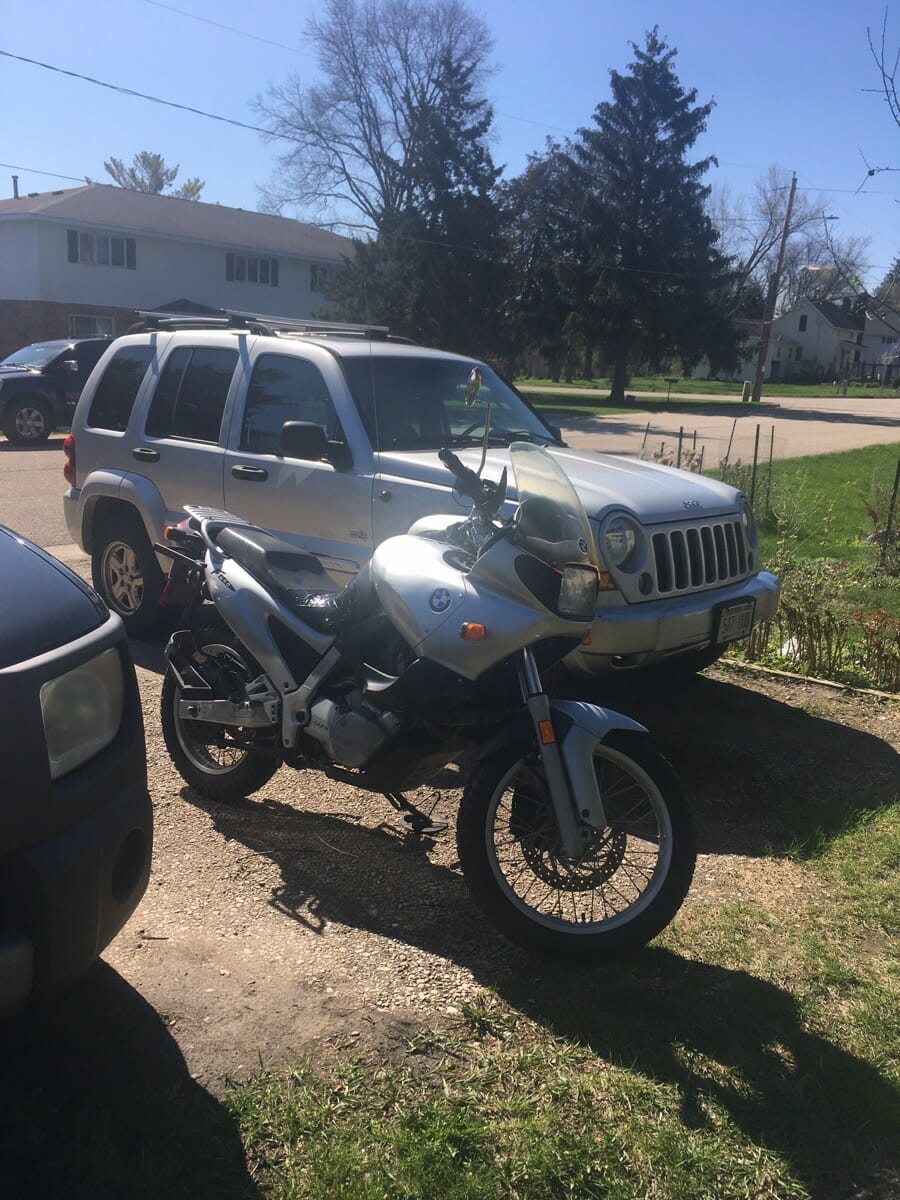 25 miles an hour in second gear seemed to work. Once up to 45mph it was easier. But very windy today, and bike had a higher centre of gravity than any I have ridden before.

But got there, and back 🙂 And only then … did I get to putz around the neighbourhood on it and work out what is what. 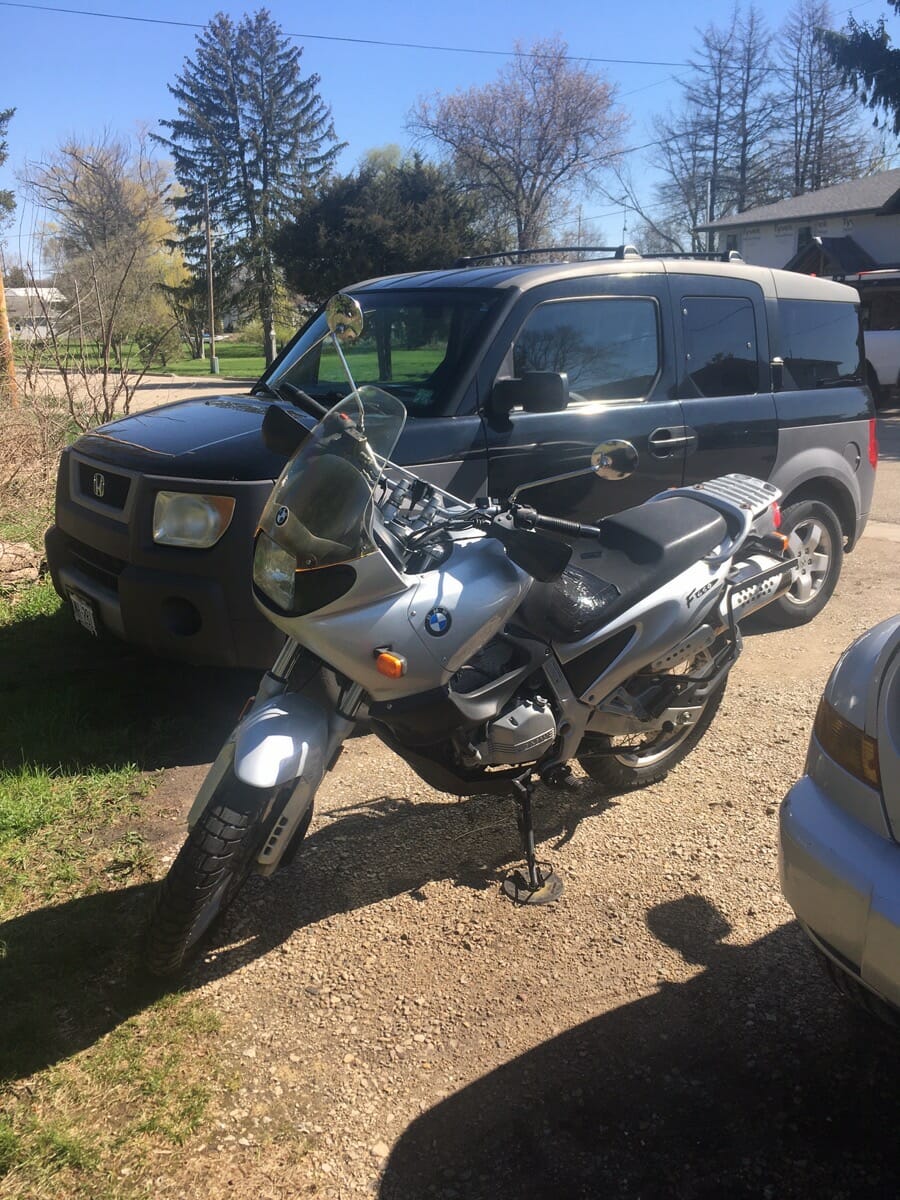